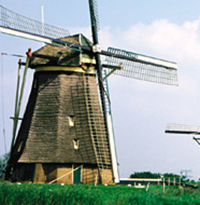 Amsterdam is a place that seems to invoke the phrase “it could only happen here” more than most other world cities. Old meets modern, conservative meets free-thinking, happy-go-lucky meets reminders of sadder times. And of course, there are the… well… illegal pursuits that draw visitors as well, if not to indulge, then at least to gawk

The city lies amid a series of concentric canals, planned and purposely built that way, although the actual reason for the layout seems to have been lost to history. If the founders and builders were envisioning a sober, staid attitude with this manufactured geometry, they could not have imagined the quirky, almost-anything-goes atmosphere of Amsterdam today.

That’s not to say that to visit Amsterdam is to abstain altogether from touring the landmarks the city is famous for. But if you have the chance, throw caution to the wind, wander around on your own for a while, and enjoy the vibe.

For any visitor to Amsterdam, certain spots should not be missed. If you’re on a river cruise, for example, Viking River Cruise “Rhine River Cruise” or AMA Waterway “Tulip Time Cruise,” you are guaranteed to enjoy top-notch guided tours to the important sights. Likewise on an escorted land tour, for example Tauck Tour “Holland and Belgium in the Spring” or Globus “European Tapestry,” the city highlights are already on your itinerary.

One of your first stops ought to be the Rijksmuseum. The building itself is hard to miss. It looks like a cross between a palace and a grand train station, and houses some of the most important Dutch paintings in the world. Probably the most famous, Rembrandt’s The Night Watch can be viewed up close in all its enormous (11 x 14 feet!) glory.

In stark architectural opposition is the contemporary-style Van Gogh Museum. Although you won’t see his iconic Starry Night there, you can enjoy the largest collection of Van Gogh’s paintings in the world, along with works from comparable artists of the same era, changeable exhibits, lectures, films and even gala festivities.

For a meditative experience, and so that the world never forgets, visit the Ann Frank House. On an unassuming city street, across from the canal and just a few minutes from the train station sits this place where a young girl went unwillingly into history, but left behind a story of extraordinary optimism in the face of horror and despair. Walking through the small rooms, climbing the tight stairways and ending finally in the attic, a visitor can’t help but be changed by the experienced.

For a brighter excursion, tour one of the dozen or so diamond manufacturers in the city; not for nothing is Amsterdam known as the City of Diamonds. Many offer free entry which includes guided tours, detailed showcases of diamonds cutting, polishing and rating, and of course the opportunity to purchase…oh… a little something to bring home.

For a quintessential Holland experience, take a bus tour to Volendam to climb inside a real (though non-working) windmill, see how Dutch wooden shoes are made, and visit a cheese factory where you will taste some delicious local delicacies. Check out the nearby town of Delft, where the famous blue and white figures and vases are made. If you’re of a certain mind, visit one of the many legal “coffee shops” around town. You must be over 18 and you must be willing to be in the vicinity of substances that are illegal here in the US and people who use them. If you wander through the red light district, be careful and don’t make fun of the ladies in the windows. What they’re doing is completely legal and they are merely advertising. Whatever you do, DON’T take pictures.

Naturally, a visit to Amsterdam wouldn’t be complete without a canal boat tour. Sit back and look at the lovely homes on the streets above the canals, and then marvel at the houseboats IN the canals. It’s a beautiful and peaceful way to get a complete overview of this singular European city.